All BCI devices record. Only a few of them provide direct feedback to the brain in real-time. This post lists current closed-loop human BCI devices and their applications. 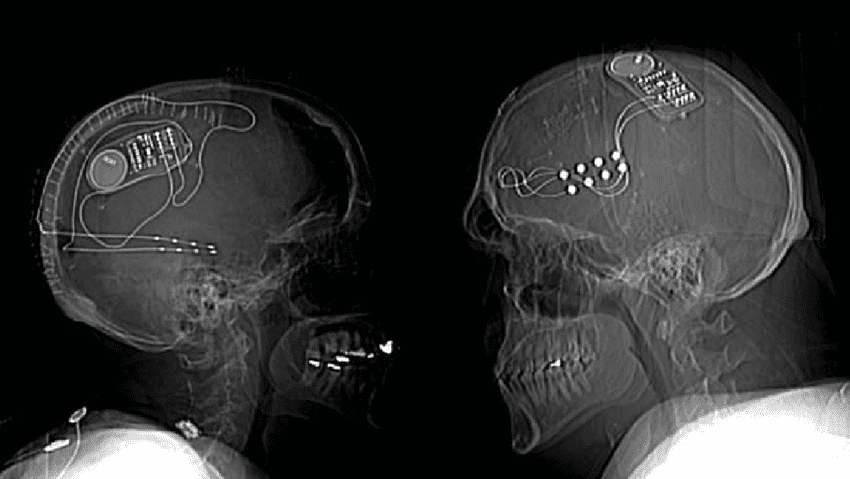 In a roundabout way, all our computers and phones are closed-loop brain-computer interfaces. Let's narrow the focus to BCIs that communicate 'directly' with the brain, bypassing our natural mechanisms for input (vision, hearing, touch, taste) or output (speech, writing/typing, or gestures).

What qualifies as a closed-loop brain-computer interface (BCI)? A synthetic interface with the brain that records neural activity and processes it in real time to decide when to stimulate the brain directly or indirectly.

A system that reduces epileptic seizures by recognizing emerging patterns in seizure foci in the brain and then responding to quell them is a closed-loop BCI. In contrast, current Deep brain stimulation techniques used in the treatment of Parkinson's disease are not a closed-loop BCI. Their stimulation pattern is fixed, and the electrodes don't record activity or respond to it.

Does a closed-loop BCI have to directly stimulate the brain through electrodes? Not necessarily. EEG headbands that provide biofeedback for meditation also qualify as closed-loop BCIs when they provide auditory or visual feedback that responds in real time to brain activity.

A closed-loop BCI by definition is a device that reads from the brain, rather than other parts of the nervous system. Biofeedback from heart rate or breathing rate, reading from EMG or other peripheral nerves, therefore, does not qualify as a closed-loop BCI.

Some of the best-funded players in BCI don't seem to be reaching for closed-loop BCI, at least initially. Neuralink, Paradromics, Kernel, and Neurable have all focused their prototypes and papers on recording from the brain and interpreting the information rather than on closing the loop.

But several players do have closed-loop BCI as their goal. They aim to augment meditation, sleep, memory, and even to treat epilepsy. This post lists current human closed-loop BCIs, with a focus on devices that are or should soon be commercially available.

The MUSE headband is the classic example of a closed-loop meditation BCI application. The 'Brain Sensing headband that Improves your Meditation Practice' translates brainwaves into soundscapes that allow the user to monitor their brain activity while meditating. If the user hears stormy sounds, they can calm their brain rhythms until they start to hear more peaceful sounds and 'reward chirps'. The MUSE uses 4 EEG sensors incorporated into a headband that goes across the forehead and behind the ears.

As far as non-invasive BCI goes, the Muse seems to be the perfect example of a product that is useful to people right now. The headband has mixed reviews, with some users complaining that the effectiveness of the feedback depends heavily on your state during the calibration session. The newer version seems to rely a lot more on other sensors (Photoplethysmography (PPG) sensor, pulse oximeter, accelerometer, and gyroscope) than the EEG to provide biofeedback.

Other comparable products like the lower-priced 'Flowtime' are also available for purchase.

While the MUSE offers some sleep features, the Dreem 2, billed as your 'personal sleep assistant' makes a sleep profile for viewing in the morning and coaches the user on how to sleep better. The 6-electrode headband is tailored towards long-term sleep monitoring rather than any real-time feedback that enhances sleep.

The audio on the headset, delivered through bone conduction, automatically lowers and switches off if the user's EEG signals indicate that they have fallen asleep. The EEG-based sleep detection capability also determines when to set an alarm to wake the user. With these 2 features, the Dreem 2 just about makes it into closed-loop BCI territory.

There does not appear to be a device that focuses on enhancing attention through BCI. The closest device is the Emotiv, whose website says 'The EMOTIV MN8 helps to measure and analyze the changes in your employees' levels of stress and attention using EEG and EMOTIV's proprietary machine learning algorithms'. The app that accompanies the device presumably displays stress and attention levels across the day or during activities. It is not clear how (or if) the feedback is used to guide or nudge workers.

The gaming industry appears to have invested in research into closed-loop BCIs that respond to attention-like cues gathered directly from EEG. Valve's experimental psychologist describes using signals from BCI to engage the player for longer, responding to signs of stress, tiredness, or boredom by changing the level of difficulty of the game. Smaller developers like Brainattach have also experimented in this direction.

In 2018 a closed-loop invasive device showed in human trials that hippocampal recording and stimulation could boost recall. The 'hippocampal memory prosthetic' facilitates encoding using the subject's own hippocampal spatiotemporal neural codes for memory. When tested across 8 subjects, there was significant improvement (35%) in both short-term and long-term retention of visual information. The technology was picked up by Kernel (with its developers), and the research was furthered there, but the prosthetic was since shelved. Kernel has moved into non-invasive neural interfaces that read from the brain and decode signals, with no stimulating capabilities.

Meanwhile, Nia Therapeutics is developing and commercializing an ECoG-based 'memory augmenting' closed-loop system that senses from the temporal lobe. The device uses electrodes that record the state of the subject's brain, analyze it, and decide whether to trigger stimulation. A study of a prototype version showed a small improvement in subjects' ability to remember words, using a machine learning algorithm to close the loop. Now, coupled with a Cortera Technologies' wireless neuromodulation device, Nia Therapeutics is further developing the prototype, focusing first on a device targeted at patients with traumatic brain injury.

Neuropace's neurostimulation system for epilepsy treatment is the only invasive FDA-cleared closed-loop BCI. Depending on the location of the epileptic focus in the brain, a surgeon places deep and/or surface leads that sense patterns that are likely to lead to a seizure, and automatically deliver pre-programmed stimulation pulses to prevent it. Their study, completed in 2020 showed that 30% of patients achieved more than 90% seizure reduction in the most recent 3 months. There are no numbers available on how many patients are currently using the device, but the company recently received a second FDA approval and raised funding to support commercial expansion. 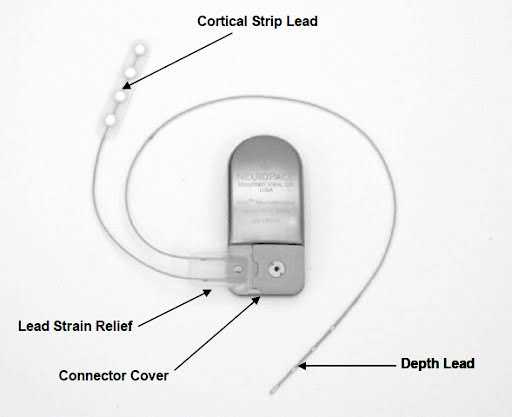 The experimental invasive hippocampal and temporal lobe BCIs seem very far from the everyday usability of the sleep-monitoring and meditation-enhancing headbands. What they all have in common is that they interpret the language of our neurons and allow us new ways to talk back to them — without having to learn their language first.