Why Model Systems are Indispensable for BCI Research

From neurons in dishes to behaving insects to primates, how do we trade off accessibility and iteration speed against clinical relevance? What model is best suited to which research question? 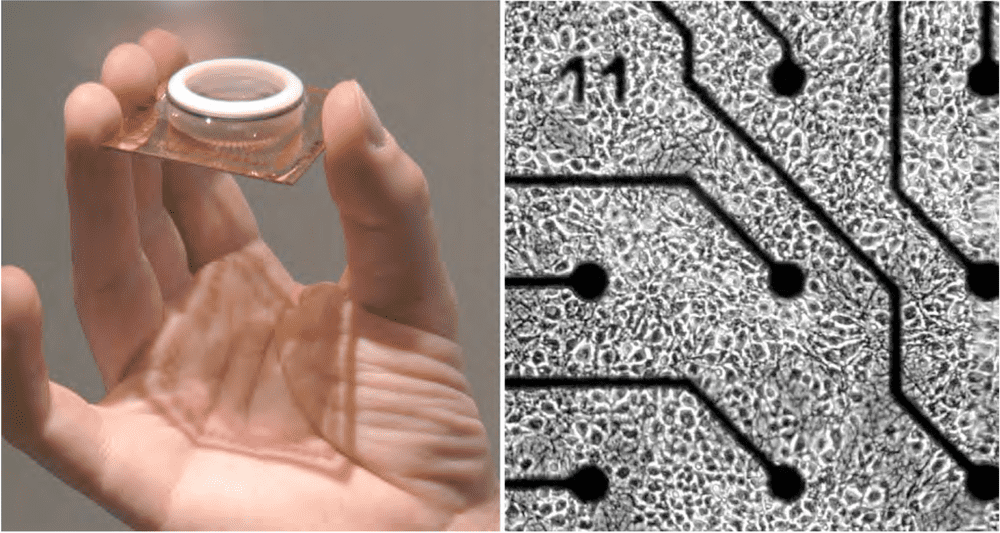 Photo a micro-electrode array and a neural culture from Potter et al.

For newcomers to BCI research, it might feel like no man's land between Neuralink's implantables and Emotiv's (or openBCI's) wearables. But there are many ways to contribute to BCI, or to learn about the field.

There's a lot that happens at the interface between the wet grey gloop of neurons and the ever-finer wires that prod them listening for signals to pass outwards. The number of components that have to be developed, tested, and perfected before you can build a functional BCI is immense.

This is where model systems come in. The better we understand and develop these components — basic neurobiology, materials and biocompatibility, imaging techniques, stimulation and recording methods, and signal decoding — the faster and safer the path to BCI.

Scientists have done fascinating work with two-dimensional cultures of neurons. In one of the more well-known applications, a group trained a cultured dish of rat neurons to fly a plane in simulations of various weather conditions. Gimmicks aside, growing rat or human neurons on multielectrode arrays provides a way to study the activity of neural networks — albeit artificial ones. A neuronal culture is an elaborate and spontaneously active living neural network, but it is not likely that its organization has any correlations with real-life networks. The neuron culture technique has been standardized down to kits, with open-source software to help analyze the recordings.

This paradigm even has direct commercial potential, with 'wetware' startups like Koniku using these little dishes of lab-grown neural networks for odor detection for security, military, and agricultural applications.

Neurons grown in 3 dimensions using 3D scaffolds or a gel matrix allow even more surface area for recording. This is where these cultures start to be called 'brain organoids', bringing to mind science fiction scenarios. Every model system raises a new set of ethical questions, and these 'brain organoids' come with a particularly large list of issues to consider before you embark.

Some techniques that are relevant to today's BCI have been developed in the so-called 'lower animals', notable voltage-sensitive dyes that allow imaging of neuronal activity. Nematodes (Caenorhabditis Elegans) are 1-mm-long worms whose nervous system is completely mapped out -- providing a system to study a rudimentary yet complete network of neurons. The Openworm project is an effort towards creating a fully virtual nervous system. Leeches have also been used for similar experiments, for their accessible, simple, and well-mapped out nervous systems.

Insects models of neuronal stimulation are perhaps more captivating. Backyard brains offer a Roboroach set for high-school-level science experiments. In research labs, simultaneous multiple motor neuron activity has been studied in tethered cockroaches, but it is unclear how much of this research can be translated to humans. Other insects like bees are also been used to study the relationship between behavior and neuronal activity, primarily odor. 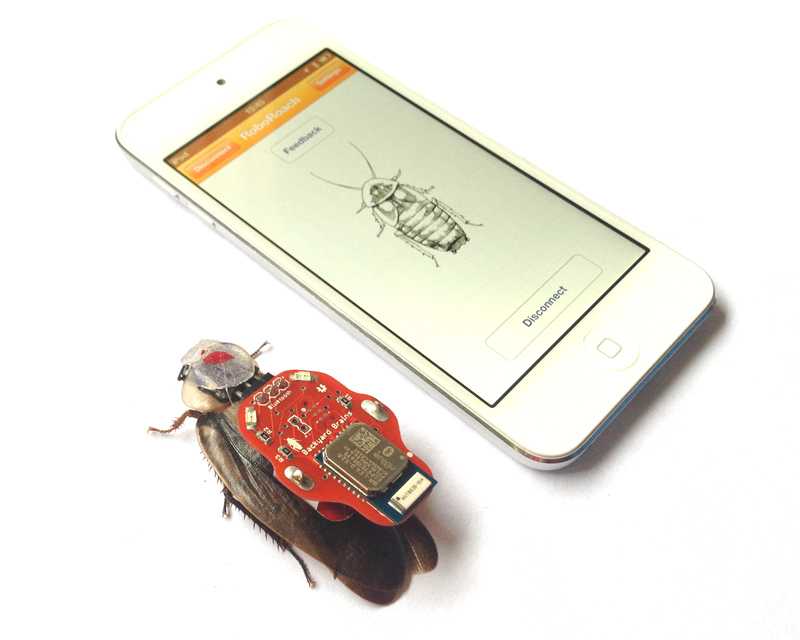 The RoboRoach Bundle from Backyard Brains

Rodent models are usually the first stop for testing invasive BCI prototypes— whether they are head-mounted recorders, or sono-optogenetics stimulation systems. Systems that are too large for rodents, like vascular stent electrodes are typically tested in sheep.

Research in primates is pre-clinical. Primate studies are one step away from human implantation, so implants have to be in near-final shape before they reach this stage. Human BCI aside, many seminal demonstrations of motor control, have been done in primates and much of our understanding of the motor and sensory cortices come from research in monkeys.

Our understanding of neuroscience is inseparable from the models and measures we choose. If we look at single-cell recordings we're likely to think on the scale of individual neurons. If we use EEG headsets, we're going to think at the level of surface-accessible brain rhythms and terms of large brain regions. Models dictate the speed at which we iterate, and therefore the rate at which we progress.

Although none of these models will independently amount to a useful BCI, we need them to make parallel progress on all the components of an interface. The BCI community is growing, and each model system is a way for new researchers to get a foothold in the field.