This post reviews the significant milestones in the development of neural dust and lays out the state of the art in 2020. 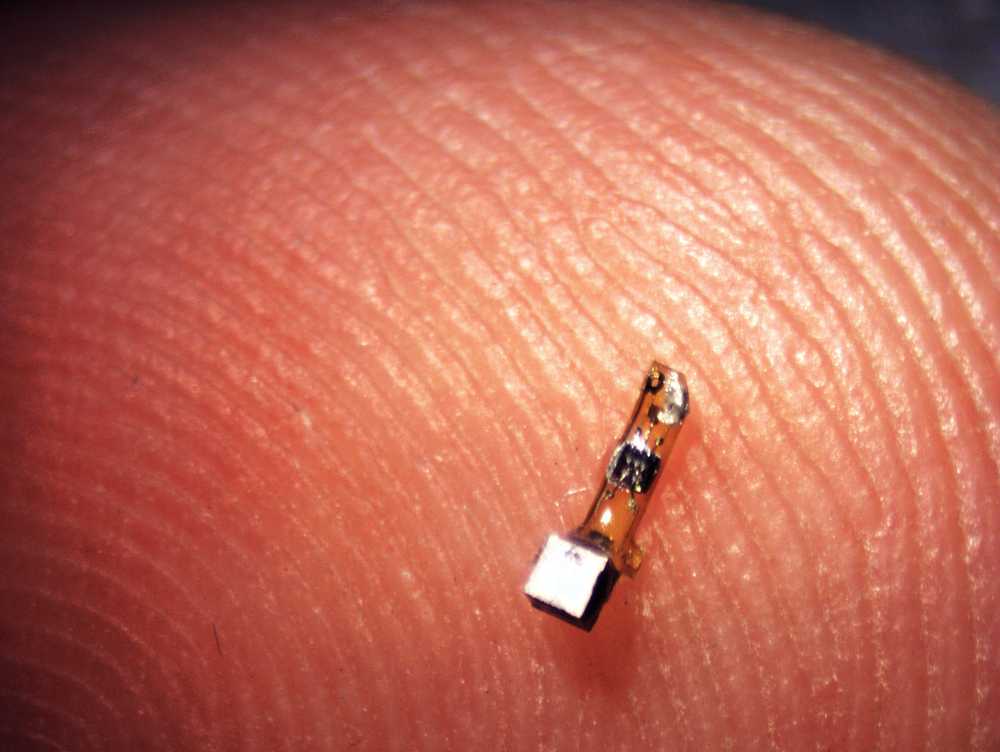 The Sci-Fi Noir video series 'DUST' imagines the dystopic future of brain-computer interfaces. Science fiction novels are replete with the idea of 'Neural Dust', or nanoparticles that float around in the brain to sense its activity in real-time. The phrase 'neural dust' suggests a state where countless untethered microscopic specks are sprinkled among neurons, collecting information to put a bigger picture together.

As with most brain-computer interfaces, the technology that we currently have is far behind the fiction. The goal that neural dust researchers are currently pursuing — 10-100um free-floating sensors that detect and report local extracellular electrophysiological data — is relatively modest compared to the grand idea that the name evokes.

Scientists have indeed developed micron-scale devices that can read and write from neurons. Some researchers have even gone as far as in vivo testing. But overall, this category of BCIs has received much less attention than the fixed implantable devices or the wearable headgear. In a recent podcast (Jump to minute 50 of the to hear the discussion on neural dust), the CEO of Paradromics dismissed the idea, suggesting that the delivery barriers are insurmountable: "I'm not sure neural dust makes sense as a concept. You're either delivering it like a gene gun — ballistically — or you're sprinkling it on top, in which case it's no different from an ECoG grid."

The following week, the pharma giant Astellas announced that they were acquiring neural dust startup Iota Biosciences for hundreds of millions of dollars, doubling down on their earlier investment in the company.

Iota Biosciences, whose tagline is 'Vanishingly Small Bioelectronics', holds an exclusive license to the millimeter-sized bio-electronic device technology developed at the University of California, Berkeley. Michel Maharbiz, and Jose Carmena, who developed the technology through DARPA-funded research, founded the company in 2017. Rather than build a single 'BCI' or neural interface, the company's goal is to develop a customizable platform for research or treatment of disease.

The researchers coined the term and explained it in a 2013 paper, and followed it up by developing a prototype designed to be free-floating and stay on the surface of the brain. The group also validated that the technology worked in vivo. Their technology consists of a millimeter-scale sensor coupled with an ultrasonic backscatter system for powering and communicating with it, demonstrated to work with spinal nerves rather than in the brain. At 1mm, the implant isn't yet 'vanishingly small', but the use of ultrasound to power and communicate with the device was a game-changer. 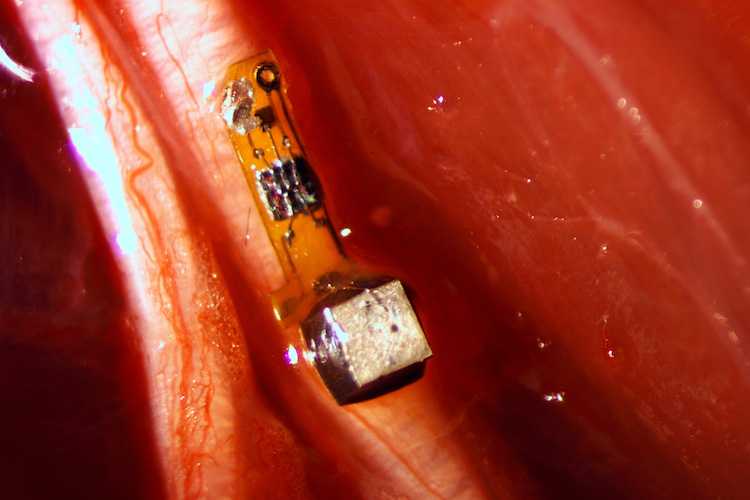 Interestingly, the first author on all these papers, DJ Seo, is a founding member of Neuralink, now heads implant systems at Neuralink. Neuralink, of course, is not working on neural dust but on a coin-sized implantable device, electrode threads, and a robot sowing machine.

In 2016, Rikki Muller and her research group developed an adaptation of the neural dust motes called 'StimDust)' that could also stimulate nerve fibers. They took the neural dust platform and built a stimulator that can wrap around a nerve cuff to stimulate it while also recording and transmitting the data. The key innovation was a custom integrated circuit to transferred ultrasound charge to the nerve in a well-controlled, safe, and efficient way.

Meanwhile, Arto Nurmikko at Brown University and Vincent Leung at the Qualcomm Institute Circuits Lab at UC San Diego are developing what they call "Neurograins". Neurograins are fully wireless microscale implants that may be deployed to form a large-scale network of untethered, distributed, bidirectional neural interfacing nodes capable of active neural recording and electrical microstimulation. They aim to create a "cortical intranet" of tens of thousands of wireless micro-devices — each about the size of a grain of table salt — that can be safely implanted onto or into the cerebral cortex, the outer layer of the brain. The implants will operate independently, interfacing with the brain at the level of a single neuron. Charging and communication will be carried out through radiofrequency waves. The effort was funded through DARPA's Neural Engineering System Design (NESD) program. An engineering scheme appears to be in place, but it isn't clear that the researchers have tested the system extensively in vivo.

In 2019, a team of researchers at Stanford, led by Guosong Hong developed a technique they called 'sono-optogenetics'. Although they didn't use the term neural dust, their approach, explained in a paper called 'Seeing the sound' comes closer to a neural dust vision than anything we have seen so far. The method they developed uses circulating light-emitting nanoparticles to activate the motor cortex in mice whose neurons are genetically modified to contain light-sensitive receptors. These nanoparticles are 'mechanoluminiscent', meaning that they transiently light up to activate the surrounding neurons. A non-invasive ultrasound beam controls the nanoparticles, turning them on and off with sub-millisecond precision. The 700um focus of this beam can be anywhere, including deep within the brain. Changing the focus of the ultrasound activates different neurons, provided that they have light-sensitive photoreceptors. The other trick that the paper describes is that the particles are rechargeable, or rather that they need recharging. The charging occurs through an external light source when the particles pass through blood vessels close to the surface of the skin. The highly innovative system showed promising results in vivo and is a testament to interdisciplinary knowledge. However, it is not likely that optogenetics will be in humans in the near-term outside some select applications for the retina. 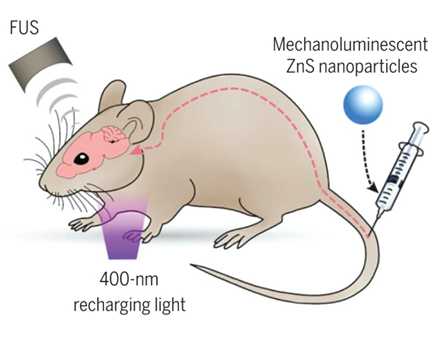 The sono-optogenetics system tested in rodents. Picture from Seeing the sound , Guosong Hong, 2020

The Astellas acquisition of Iota is promising and means that the electroceutical technology is likely to enter human trials and move towards regulatory clearance. But it's not clear that there are any startups or even academic research labs still working on the neural dust approach. The handful of technologies described above appear to have just touched the surface of the concept, with many barriers that exist before the technology is widely applicable. Size, scalability, and most important — delivery mechanisms — appear unsolved, at least until optogenetic techniques become widely feasible in humans.