Neural interfaces for vision: Is there light at the end of the tunnel?

Current retinal implants deliver just enough vision to enable the blind to see bright lights, high-contrast edges, and moving objects. Considering their enormous potential, visual prosthetics have lagged behind other BCIs, because we still don't fully understand what happens between the retina and the cortex. Will the new generation of visual interface technology now in trials — optogenetics, cortical implants, and 'retinal coding' — finally allow the blind to see better? 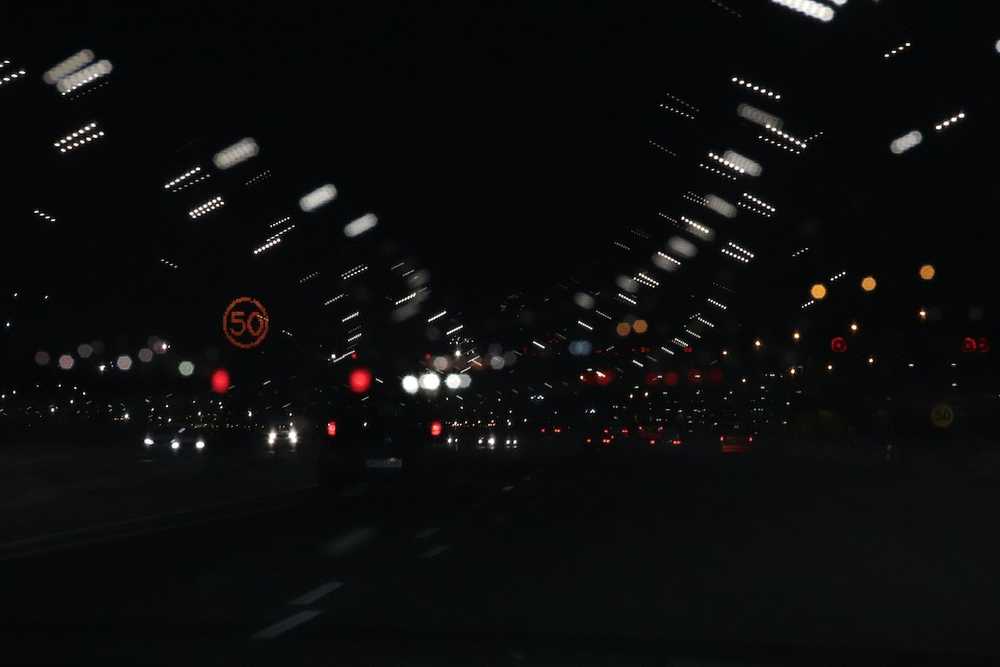 Vision is by far the highest-bandwidth and fastest information input system into the human brain. The bandwidth of the human retina is approximately 8960 kilobits per second. The visual system aggregates this information at multiple levels before it is perceived, acted on, stored, or forgotten. The first level of complex processing occurs at the retina, where 100 million photoreceptors perceive light and pass on a high-fidelity representation to the optic nerve. Since the optic nerve has only 1 million fibers, it is evident that information from the retina is resampled and compressed both spatially and temporally by the local retinal neuronal network.

Our understanding of the retinal encoding process is incomplete at best. The encoding of visual information grows even more complex along the relay from the optic nerve to the visual cortex. This is why most attempts at visual neuroprosthetics aim to activate cells as close as possible to the start of the system — at the retina.

In 2020, there is a single retinal implant approved by the United States FDA, and two approved by the European regulator. These implants allow people to detect light sources such as airways and lamps, follow high-contrast edges, recognize moving objects. Some implant recipients can recognize large letters at close range, but this level of visual acuity falls far short of the 'legally blind' threshold.

It is precisely because the visual system is so advanced that we haven't yet been able to mimic it. Researchers have tried neural stimulation at various levels of the visual pathway

Neuroprosthetics and the visual pathway

Most visual neural interfaces operate at the level of the retina, bypassing photoreceptors that are damaged in certain hereditary or age-related forms of blindness. These require that the circuitry downstream of the retina up to the visual cortex be fully developed and intact. Since much of the visual circuitry in the brain is developed in infancy, in conjunction with a seeing eye, these implants apply to forms of blindness that are acquired in adulthood.

At least 6 retinal implant designs have passed preclinical testing, and are currently or will soon be in clinical testing. Depending on their design, these implants are placed within the layers of the retina or just outside it. They typically consist of a flat microelectrode array (16-60 electrodes) that simulates the bipolar and/or ganglion cells of the retina, bypassing the degenerated photoreceptor layer. Except for the IMS Alpha, which uses internal, light-sensitive photodiodes, retinal implants consists of a camera mounted on eyeglasses and a visual processing unit. The external components capture and process images, then activate the implanted microelectrodes, which in turn stimulate the retina. This design allows developers to program the pattern of stimulation and potentially improve implant function through software upgrades.

Second Sight's Argus II is the only implant approved for use by the FDA and has over 350 global users. The 2013 approval by FDA was a humanitarian device exemption that provides a 'reasonable assurance of safety and probable benefit' but stops short of supporting any claims that the device is effective. In the manufacturer's words, 'The Argus II is authorized by Federal (U.S.) law to provide electrical stimulation of the retina to induce visual perception in blind patients with severe to profound retinitis pigmentosa and bare light or no light perception in both eyes. The effectiveness of this device for this use has not been demonstrated.'

This is a far cry from the language used in the FDA approvals of cochlear implants (neural interfaces for hearing), which state unambiguously that these devices improve speech understanding in noise, sound localization, and self-perceived quality of hearing.

The Argus II is also approved for marketing by the European regulators, as are the IMS Alpha (2013) and Pixium vision's IRIS II (2016).

Other retinal implants include Bionic Vision Technologies' Bionic Vision implant which has been tested in humans, and the Boston Retinal implant, whose developers plan to develop a chip with at least 200 electrodes before human testing.

Interfaces that directly stimulate the optic nerve broaden the scope of visual neuroprosthetics to include those with total degeneration of the retinal neurons. Early stimulation studies of the optic nerve using 'cuff' electrodes evoked visual sensations broadly distributed across the visual field. There is also evidence that optic nerve fibers respond better to a 'train of stimuli', suggesting that they are able to integrate information over time and space. More recent pre-clinical studies on intra-neural stimulation showed that each stimulating electrode introduced a specific pattern of cortical activation.

However, there are no current optic nerve stimulatory devices in clinical trials.

The visual cortex has also been a target location for interfaces, beginning in the 2000s with the controversial Dobelle eye.

The CORTIVIS system, developed at the Universidad Miguel Hernandez de Elche is a visual cortical BCI currently in clinical trials. The prosthetic is composed of a modified 100-electrode Utah array, coupled with custom software that matches simple visual inputs with retinal outputs, to tune each electrode independently.

Second Sight's visual cortical prosthesis, 'Orion' is also in clinical trials. The 60-electrode device is stimulated by processed signals derived from a camera mounted on a pair of eyeglasses to capture images. The key to this technology appears to be 'a technique called dynamic stimulation, where the device stimulates the brain in sweeping patterns across the array of implanted electrode'.

For now, these cortical implants produce little more than points of light. Clinical testing appears to be directed at translating images into patterns that are meaningful to the cortex — an uphill task considering the complexity and depth of the visual system.

There are more cortical implants in pre-clinical stages, notably a 1000-electrode implant developed at the Netherlands Institute for Neuroscience, and a multi-array approach with multiple simultaneously implanted 16-electrode arrays under development at the Illinois Institute of Technology, Chicago.

Optogenetics is also making headway in visual prosthetics, with at least 3 clinical systems in development.

Bionic Sight's technology is based on an algorithm that reconstructs signals that the retina would generate when exposed to an image or a video and transmits these directly to the optogenetically modified ganglion cells whose axons make up the optic nerve. Pre-clinical studies show that these algorithms are able to encode images in much the same way the retina does, providing output that the rest of the visual pathway should be able to interpret. Human safety and feasibility trials started in 2020, with increasing doses of the gene therapy vectors that target optic nerve cells to make them light-sensitive, so they can subsequently be stimulated with the 'retinal code'.

Paris-based Gensight Biologics also has a safety/dose clinical trial ongoing to target retinal ganglion cells with a light-sensitive protein, rendering them photoreceptive. This method will be coupled with biomimetic googles to capture, amplify, and present incident light at the appropriate wavelength.

Despite the multitude of research groups working on the problem — there is still a long road ahead with visual prosthetics.

It was 20 years from conception to the first FDA approval of a retinal implant. A decade later, despite the sizeable number of candidates, no other visual prosthetic has met this bar. What makes it so hard to develop a visual interface that works?

First, the approval process is lengthy. The degree of invasiveness of retinal or cortical implants necessitates extensive pre-clinical and clinical testing. The Argus II went through lab studies of the implant, bench testing, preclinical studies of the design, animal testing for safety, and a 30-subject safety trial before it was approved for humanitarian use.

Second — somewhat surprising for technology with such life-altering potential — funding doesn't seem to stretch to clinical trials. Second Sight's last round of funding in October 2019 was a USD 2.4 M grant from the NIH, for clinical trials of the Orion. In March 2020, the company announced layoffs of 80% of its workforce and intent to wind down in response to the impact of the global COVID-19 pandemic on its ability to secure financing.

For some implants, the designs that seemed to work in pre-clinical tests simply do not show the desired results in clinical trials. The manufacturers of the CE marked Alpha IMS II discontinued business activities in 2019, citing the innovation-hostile climate of Europe's rigid regulatory and unsatisfactory results in patients.

Perhaps the biggest challenges facing the field relate to the underlying neurobiology and our understanding of it. In addition to developing an interface that is safe to implant and lends itself to chronic stimulation, scientists are tasked with figuring out and mimicking the stimulation patterns of a visual system that we have not fully mapped out.

Light at the end of the tunnel?

Fortunately, there are a variety of new techniques on the horizon. Non-electrode stimulation methods such as photoactive nanoparticles allow for safer surgery while allowing more of the retina to be stimulated. Developers of vision implants are paying more attention to transmitting dynamic information via spike timing, and technology that claims to have cracked the retinal code is finally in human clinical trials. With these developments and the recent boost in BCI research and funding, there's reason to be optimistic that bionic vision will become a reality this decade.